Today in Trade History: How Carnival Destroyed the Parthenon 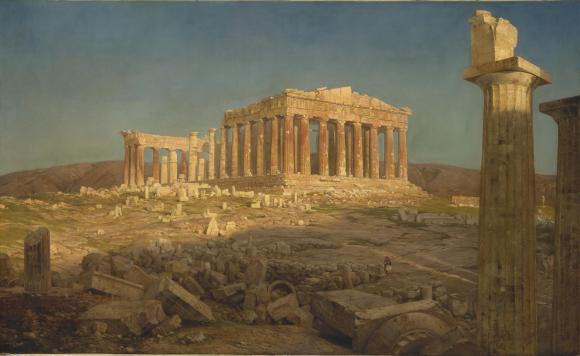 If you’re like me, you’ve gone through life innocently believing the Parthenon slowly but inevitably crumbled into its present state of dignified ruination over the course of many thousands of years. It didn’t. On September 26th, 1687, a bunch of Venetians blew it up. You might object that this series is not called Today in War History, and you’d have a point. But this story is too good not to tell, and in telling it I can talk about the extremely relevant and amusing history of Venetian trade.

Venice, as everyone knows, is composed pretty much entirely of water, marble, and gondolas. Therefore, if the Venetians wanted to eat and have Carnivals (and they did) they needed to engage in a lot of trade. What is less well-known is what complete hucksters they were about it. By the 9th century CE the city had risen to prominence on the back of its ship-building industry, and in the course of sailing their ships around looking for food and Carnival masks, the Venetians conned pretty much everybody in the Mediterranean. They got the Byzantines to grant them tax-free trading privileges and control of Byzantine harbors, all in return for promises of military aid which they never delivered. They convinced the broke and hapless soldiers of the Fourth Crusade to sack the then-Christian cities of Zadar and Constantinople for them, causing all of the soldiers to get excommunicated. In an episode worthy of Mission Impossible, Venetians stole the remains of St. Mark out of Alexandria by covering the relics with pork so the Egyptian border guards wouldn’t look too closely. At one point Venice was even ruling Jerusalem, “Kingdom of Heaven”-style.

In short, Venetians were crafty and mercenary, and after the fall of Constantinople to the Ottomans in 1453, it should come as no surprise that they made new trade treaties with them and kept the river of money flowing. This generally worked out well for both sides. The Ottomans couldn’t match the Venetians for seafaring trader experience, and the Venetians wanted both the products Ottomans could supply and access to the markets they controlled. Yet predictably, the relationship between a sneaky city-state with a number of highly valuable trade outposts and a neighboring empire on a winning streak (True Fact: the Turks tangled with the real-life Dracula at this time – and beat him) ended up featuring a lot of warring. Almost three hundred years of periodic warring.

In 1687, in the course of one of these wars, a Venetian force advanced on Athens after driving the Turks out of the Peloponnese. In Athens, the Turks had already evacuated the main town and withdrawn their people and garrison to the Acropolis, where the Parthenon sits. It should be noted at this point that the Parthenon was not ruined, but was actually in pretty hot shape for a 2,000-year-old monument, with walls and a roof and all the things today’s Parthenon decidedly lacks. But the Turks, like fools, had placed their gunpowder magazine inside it, and on September 26th the Venetians, like fools, mortared it. Hundreds were killed, either by debris or by the resulting fires. The question of whether the Venetians caused this destruction purposefully, or presumably got the shock of their lives when a simple volley blew the thing sky-high, is a surprisingly open one. What is not debated is that the they then looted the place so much that by the time Lord Elgin came along he basically had to pry sculptures off whatever stones had remained standing in order to get anything good.

Religious fervor, lingering resentments from the Crusades, regional power-brokering and entrenched alliances all no doubt contributed to both sides’ constant explosive bickering. Yet the land-based objects of that bickering could not be said to be religious in nature – they were economically strategic. Between them, the two powers pretty much owned the direct land and sea routes between Europe and Far East, and they spent most of their time cooperating in that trade. “Being merchants,” the Venetian ambassador to the Ottoman Empire wrote, “we cannot live without them.” He said that in 1553, at which point they had already fought three wars within a space of less than 80 years, and would fight a few more before Venice finally gave way to Portugal as the top trading power of Europe.

And perhaps if Portugal had moved a little faster, the Parthenon would still be intact today.

For more on the complicated and occasionally hilarious relationship between Venice and the Muslim world see this video, from the wonderful Crash Course World History YouTube series. For previous entries in the Today in Trade History series, see this archive. 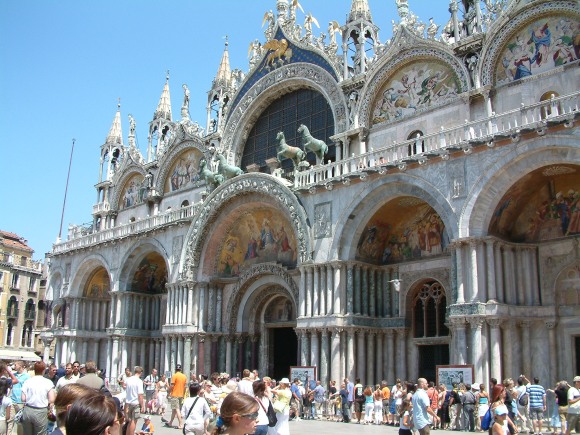 My co-bloggers are ably using this space to write about contemporary issues. I hope to contribute in a different way – by using history, specifically the history of trade, to talk about the present. International trade has been radically changing the world for thousands of years, and is probably more responsible for the way we all live today than any revolution, any constitution, any war, and any single technological advance. The Columbian Exchange alone is so world-altering it boggles the mind – before trade with the New World opened up Europe had never seen a tomato, and Native Americans had never seen a horse. Yet there isn’t often much public talk about trade as a historical force, a story all its own connecting everyone.

I’ll approach the topic in a way similar to that of other authors who have written about subjects like labor history or World War II; each post will focus on a particular event in history corresponding with the date of the post, and use that to talk about broader context. I am not a trade economist, nor am I a historian. My purpose is to educate myself, and readers are welcome to correct me where I stray into speculation or error. To kick off the series I looked for inspiration in South Africa, my current home base, and I didn’t have to look far. END_OF_DOCUMENT_TOKEN_TO_BE_REPLACED